The Homegirl Project chatted with fashion designer sisters Sophia and Zehra Naqvi about their socially-conscious company, GLO, and learning to love their own skins.

Models flaunt the popular "Melanin" t-shirt from the GLO brand!

LL: What inspired you to start this clothing brand?

ZN: There was no single inspiration behind GLO, [but rather] years of wanting to be a fashion designer and create clothing. The perfect opportunity presented itself when, in seventh grade, I noticed a fashion niche in Hong Kong that wasn’t being filled: graphic t-shirts. There was a period in my middle school years in Hong Kong when there was no Forever 21 or TopShop. Shopping was extremely limited for preteens, let alone teens. With the opportunity to fill this niche and become fashion designers, Sophia and I began to work on GLO five years ago.

SN: Like Zehra said, a lot of why we started GLO was to fill a niche in the market that we’d experienced ourselves. There was a heavy demand for quirky, trendy graphic tees amongst people our age, but these tees were pretty expensive, and on top of that came overpriced shipping, leading to such tees being unaffordable, and thus inaccessible by most teens in Hong Kong.

LL: What do you do to ensure that your production process is 100% ethical?

SN: We have been working with ethical production since GLO’s launch. We felt that in order to properly advocate for empowerment, we also had to make sure that we were treating the people who’d worked so hard to create our tee’s fairly in terms of hours and wages. Shortly after the release of the empowerment campaign, we also transitioned to sustainable production. Additionally, social justice and sustainability are closely linked, so we felt that making sure our production was more sustainable was something we had to do to release a campaign that would truly empower people. We were easily able to find an ethical and sustainable manufacturer and verify that the process was 100% ethical by using a manufacturer that had been producing merchandise for my high school. Later this year or early next year, I hope to visit the production location in order to meet some of the people who have contributed to our brand.

LL: What has been your biggest challenge so far?

SN: For me, the biggest challenge so far has been working with Zehra while she’s at college in New York and I’m in high school in Hong Kong. It’s been difficult to work through the time zone difficulties, as Hong Kong is twelve hours ahead of New York, but we’ve made it work. I’d say an additional challenge that’s been pretty significant has been balancing co-owning and running a growing company along with extracurriculars that require heavy involvement, as well as an academically rigorous course-load. Finding time to schedule in time to work on new concepts for GLO, club meetings at school, and doing homework and studying was really challenging last year. However, all of the extracurricular activities I do, with GLO in particular, feel more like fun, engaging hobbies to me rather than chores, and actually provide catharsis for me.

LL: What are some changes you want to see in the world?

ZN: One of the changes I want to see in the world is the acknowledgement of colorism in South Asia and Asia in general. I only came to [acknowledge] colorism when I was 16. For the first 16 years of my life, I thought that the notion of “fair is better” was just a fact. Even more so, in Hong Kong, my home of 14 years, South Asians and South East Asians are often treated with disdain and blatant discrimination. Since colorism is an issue within an ethnic group I truly do want to see more improvement in the Asian community with colorism and acknowledgement of the issue.

SN: I want to see people addressing social issues rather than sweeping them under the rug. At so many institutions and in so many different communities, there is a lack of discussion surrounding key issues, whether the issue is colorism, racism, or economic discrimination, due to the fact that it often makes privileged people uncomfortable. I live in Hong Kong, and I’m disenfranchised in some ways - in terms of racism and colorism, for example. But, I’m also financially privileged. I think all of these issues, whether I experience them or not, need to be addressed, and when people are in a position of privilege or power, should do their part to raise awareness for these issues. 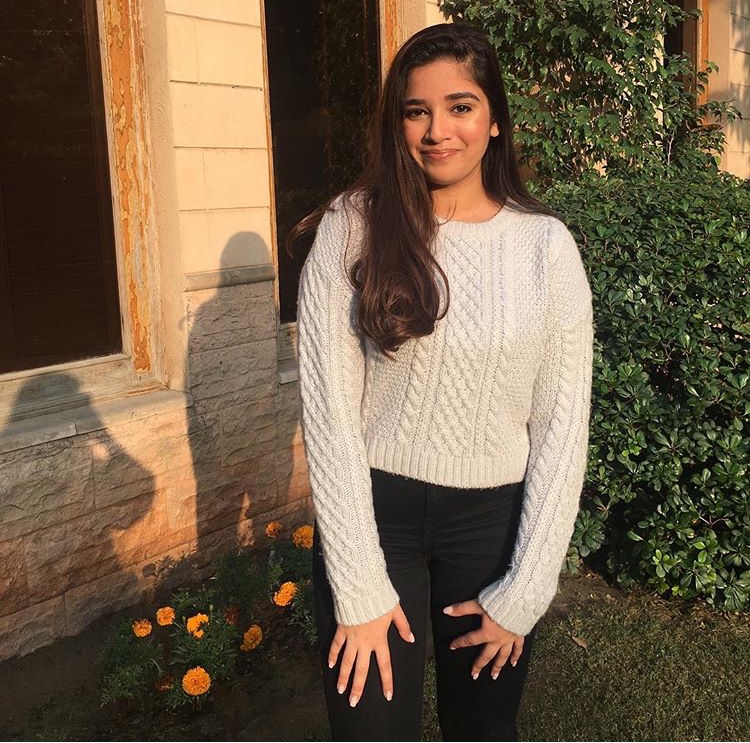 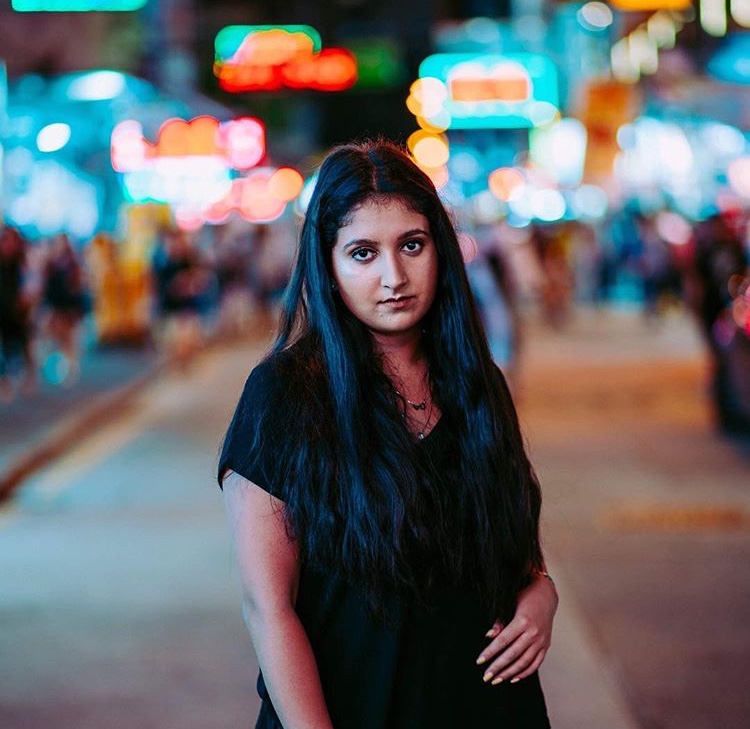 LL: How do GLO and GloHub contribute to raising awareness of these issues?

SN: Part of the reason GLO and GLOHub exist is so that we can provoke discussions and awareness of these issues amongst our following of thousands of impressionable young adults, who later, will have the platforms to discuss these issues within their own companies, schools, and communities. Once these issues are addressed, discussed, and acknowledged, true change will begin to take place in individual communities, and eventually, worldwide.

How did you find self-acceptance and what advice do you have for girls who feel uncomfortable in their skin?

ZN: I think self acceptance didn’t happen in a single moment in my life but rather was a process that went from ages 11 to 17. Understanding my identity, my appearance, my religion, and who I was [could be] a lot. Self-acceptance began when I realized there were things in my life that were wrong. I shouldn’t be told that I should wear certain colors to make me look fairer while innocently shopping with my friends. I shouldn’t be asked if I knew any extremists because I’m Muslim. When I went from feeling confused for being asked these questions to seeing ignorance, colorism, and racism for what it was, I began to find my voice and find out who I am. For girls who feel uncomfortable in their skin my best advice would be to have an affirmation of the day; talk to yourself. Understand what it means to be with yourself. And also, we all feel uncomfortable in our own skins sometimes. There are moments of vulnerability, but that doesn’t make you weak, that makes you strong. Understanding your emotions and how you feel is one of the best ways to begin knowing yourself.

S: Self acceptance, for me, came through educating myself. This doesn’t mean that you have to break out a bunch of textbooks and sift through academic articles online (although that can be fun too), Anything from reading articles online about social justice issues, scrolling through blogs about beauty standards on Tumblr or Instagram, watching TV shows or movies that address these issues (That’s So Raven, anyone?) or simply following accounts that show diverse individuals in terms of race, religion, body-type, or in any other way, is a way you can educate yourself, and ultimately grow to accept yourself. For me, realizing that so many Eurocentric beauty standards, such as lighter skin, blonde hair, and a narrow nose, were a product of British colonialism, was what made me feel a little bit more comfortable about myself. Once I realized that my insecurities were being ruled by an era of history that was already over, I began to feel more confident with my own ethnic features.

Vaneeza On Taking Up Space As A Writer

Deja Foxx on Fighting for Young Women's Rights to Their Bodies